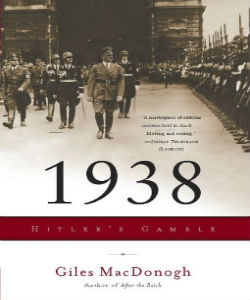 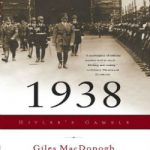 In this masterful narrative, acclaimed historian Giles MacDonogh chronicles Adolf Hitler’s consolidation of power over the course of one year.

Until 1938, Hitler could be dismissed as a ruthless but efficient dictator, a problem to Germany alone; after 1938 he was clearly a threat to the entire world.It was in 1938 that Third Reich came of age.

The Führer brought Germany into line with Nazi ideology and revealed his plans to take back those parts of Europe lost to “Greater Germany” after the First World War. From the purging of the army in January through the Anschluss in March, from the Munich Conference in September to the ravages of Kristallnacht in November, MacDonogh offers a gripping account of the year Adolf Hitler came into his own and set the world inexorably on track to a cataclysmic war.