Every Man a Tiger 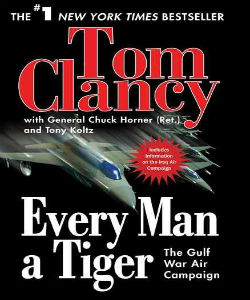 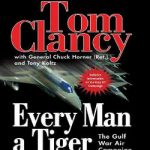 Every Man a Tiger

General Chuck Horner was the right man in the right place at the right time. Combining a broad experience of all aspects of aerial warfare with a deep respect for and knowledge of Arab culture, Horner commanded the U.S. and allied air assets during Desert Shield and Desert Storm — the forces of a dozen nations — and was responsible for the design and execution of one of the most devastating air campaign in history.
Never before has the Gulf air war and its planning, a process filled with controversy and stormy personalities, been revealed in such rich, provocative detail. Beyond that, however, Air Command is the story of two revolutions: of how a service damaged by Vietnam reinvented itself through vision, determination, and brutally hard work — in Horner’s words, “We had to learn how to be an Air Force all over again” — and of how war changed fundamentally in the last decade of this century, not only in the new dominance of air power but in all aspects.
It is a story of speed, accuracy, efficiency, decentralization, information, and initiative, as well as smoke, fear, courage, and blood. It is a front-row seat to a man, an institution, a war, and a way of war that together make this an instant classic of military history.