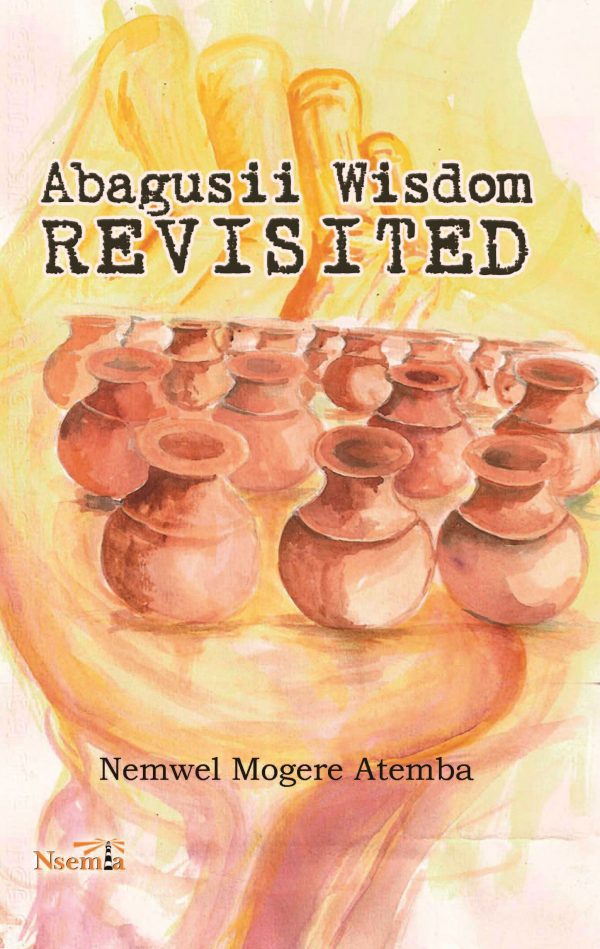 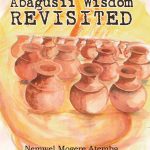 Abagusii Wisdom Revisited is a collection of proverbs and metaphors in Ekegusii, one of the forty one languages spoken in Kenya. It includes naming conventions in the calendar, the traditional homestead, cattle (which were a symbol of wealth in traditional Gusii society), currency and traditional brew. The book captures wisdom told over generations and observations intertwined with profound meaning.

In order to avail the work to a wider audience than Ekegusii readers and speakers, the author has attempted to put the necessary context, giving the English equivalent and, in some cases, using story-lines to establish the meaning. Here is an example:

The rich revere/fear one another as in the case of Onchong’a who fled on noticing Kimaiga’s cloak.

Storyline: Once there were two rich men who unknowingly met at the home of a beautiful girl, whom they both intended to woo. Mr. Onchong’a reported earlier. However, when Mr. Kimaiga also arrived for the same purpose, Mr. Onchonga, who was less wealthy, stealthily walked away without ado.

Be the first to review “Abagusii Wisdom Revisited: Proverbs in Abagusii” Cancel reply