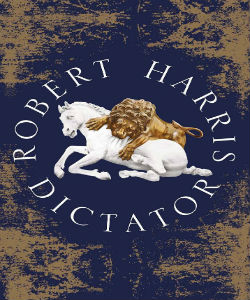 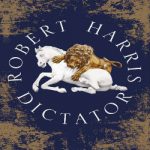 Imperium…Conspirata…and now, the long-awaited final volume of the author’s best-selling Cicero trilogy.With Dictator, Robert Harris brings the saga of Cicero’s life to a time when some of the most epic events in human history occurred: the collapse of the Roman republic, the subsequent civil war, the murder of Pompey and the assassination of Julius Caesar.
Yet the question it asks is a timeless one: how is political freedom to be safeguarded against the triple threat of unscrupulous personal ambition, of an electoral system dominated by vested financial interests, and of the corrupting impact of waging ceaseless foreign wars?
And in the very human figure of Cicero–brilliant, flawed, frequently fearful, and yet ultimately brave–Harris gives us a hero for both his own time, and for ours.