How to Avoid Being Killed in a War Zone 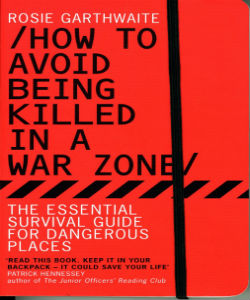 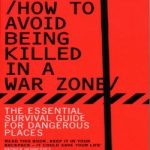 How to Avoid Being Killed in a War Zone

Whether you’re a war correspondent or an aid worker, a tourist worried about an increasingly hostile world or an armchair traveler concerned that your own backyard is fast becoming a war zone, How to Avoid Being Killed in a War Zone will help you survive some of the world’s most volatile environments.
Well-traveled journalist Rosie Garthwaite offers practical advice drawn from her own personal experience and that of others, including many seasoned colleagues, who have worked in some of the world’s most hostile regions. Topics covered include everything from avoiding land mines and hostage situations to amputating a limb and foraging for safe food.
The book is a true survival manual (all medical advice has been vetted by doctors from Doctors Without Borders), but it is also a transporting read, filled with vicarious thrills and written with brio and humor by a woman who has seen it all. Perfect for those planning short trips or extended stays in dangerous destinations, or-much like the popular Worst-Case Scenario handbooks-for readers who simply prefer to be thoroughly prepared, wherever life may take them.
Rosie Garthwaite began her journalistic career as a freelance reporter in Basra, Iraq, just after graduating from college,and learned about survival in dangerous regions firsthand. She wrote this book to answer some of the questions her colleagues seemed to face daily in the field. Garthwaite works as a television journalist in the Middle East and is based in Doha, Qatar. This is her first book.