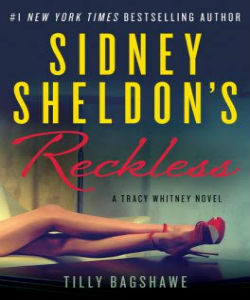 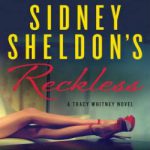 Once upon a time, Tracy Whitney was one of the best thieves in the business. Then she settled down and had a child—a beautiful, bright, mischievous boy who was the center of her life. Tracy planned to spend the rest of her days quietly, living anonymously deep in the stunning Colorado mountains, devoted to raising her son. But tragedy forces her to face her greatest nightmare. Now, with nothing left to protect, this superb con artist, jewel thief, computer wizard, and cat burglar returns to the hunt, more dangerous, ruthless, and reckless than ever. The world faces a new terror threat from Group 99, a diverse collection of global hackers intent on the collapse of capitalism and private wealth and the creation of a new world order. When the group turns to violence—kidnapping an American investigative journalist, shooting a British military hostage, and blowing up an international industrialist—the mysterious woman pulling their strings, a wily and wealthy American known only as Althea, becomes the CIA’s most sought criminal. But their only hope of finding her is a woman with a dark and dangerous past of her own. A woman who has also successfully evaded detection by the authorities around the world: Tracy. Convinced that Althea is behind the deadly act that shattered her life, Tracy sets out on a global hunt to flush out her prey. But as she soon discovers, the truth is as elusive as her target. Hampered by corruption, lies, and enemies masked as allies, Tracy will be pushed to the brink, where she must face her darkest demons. All of her experience tells Tracy that the answers are right in front of her—if only she can look at the clues in the right way. Propelled by an unquenchable thirst for revenge, and with the fate of so many resting in her hands, just how reckless will Tracy become when she has nothing left to lose? An addictive tale of espionage, mystery, passion, greed, betrayal, and vengeance that takes you from the beautiful Rocky Mountains to Europe’s oldest and grandest cities, filled with a cast of intriguing characters both new and familiar, Sidney Sheldon’s Reckless is a glamorous thrill ride that will leave you breathless until its shocking end.”