The Bad Ass Librarians of Timbuktu by Joshua Hammer 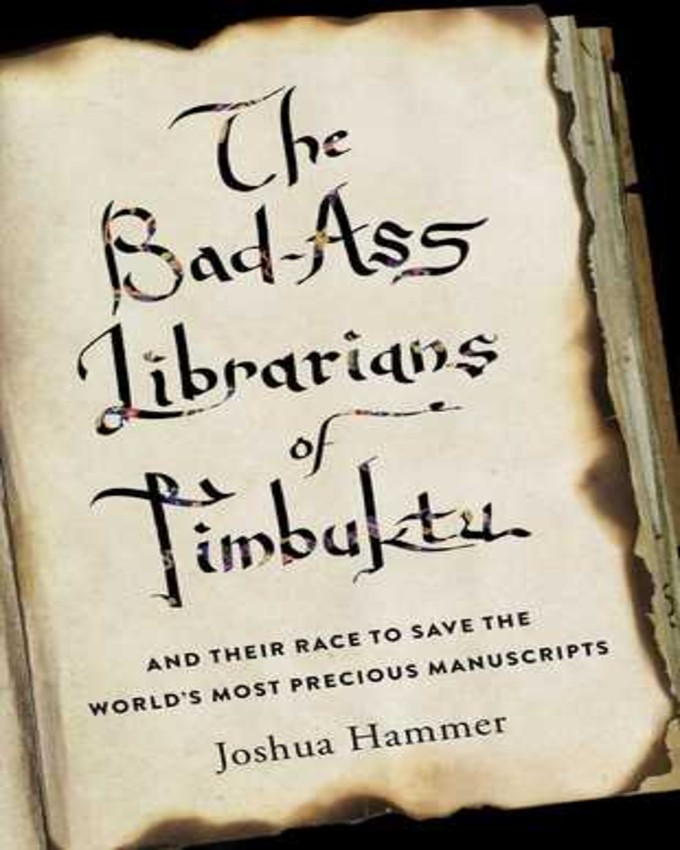 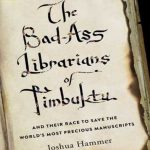 The Bad Ass Librarians of Timbuktu by Joshua Hammer

Brief Summary
Abdel Kader Haidara was a small boy when he first learned about the hidden treasures of Timbuktu. In the Haidaras’ large house in Sankoré, the city’s oldest neighborhood, he often heard his father mention them under his breath, as if reluctantly revealing a family secret. Dozens of young boarders from across the Sahel region of Africa, the vast, arid belt that extends from the Atlantic Ocean to the Red Sea, came to study mathematics, science, astrology, jurisprudence, Arabic, and the Koran at the traditional school that his father ran in the vestibule of their home. Consisting of three three-hour sessions beginning before dawn and continuing, at intervals, until the early hours of the evening, the Haidara School was a throwback to the informal universities that had flourished in Timbuktu during its heyday as a center of learning in the sixteenth century. There were thousands of manuscripts at the house in Timbuktu, locked away in tin chests in a storage room behind a heavy oak door. Haidara had a sense of their importance, but he knew very little about them.
Sometimes his father would rummage through the storage room and emerge with a volume from his family’s collection—a treatise about Islamic jurisprudence from the early twelfth century; a thirteenth-century Koran written on vellum made from the hide of an antelope; another holy book from the twelfth century, no larger than the palm of a hand, inscribed on fish skin, its intricate Maghrebi script illuminated with droplets of gold leaf. One of his father’s most prized works was the original travel diary of Major Alexander Gordon Laing, a Scotsman who had been the first European explorer to reach Timbuktu via Tripoli and the Sahara, and who was betrayed, robbed, and murdered by his Arab nomadic escorts shortly after departing from the city in 1826. A few years after Laing’s murder, a scribe had written a primer of Arabic grammar over the explorer’s papers—an early example of recycling. Haidara would peer over his father’s shoulder as he gathered students around him, regarding the crumbling works with curiosity. Over time he learned about the manuscripts’ history, and how to protect them. Haidara spoke Songhoy, the language of Mali’s Sorhai tribe, the dominant sedentary ethnic group along the northern bend of the Niger River, and in school he studied French, the language of Mali’s former colonial masters. But he also taught himself to read Arabic fluently as a boy, and his interest in the manuscripts grew.
In those days—the late 1960s and early 1970s—Timbuktu was linked to the outside world only by riverboats that plied the Niger River when the water level was high enough, and once weekly flights on the state-owned airline to Bamako, the capital of Mali, 440 air miles away. Haidara, the sixth child among twelve brothers and sisters, had little awareness of his town’s isolation. He, his siblings, and their friends fished and swam in a five-mile-long canal that led from the western edge of Timbuktu to the Niger. The third longest river in Africa, it is a boomerang-shaped stream that originates in the highlands of Guinea and meanders for one thousand miles through Mali, forming lakes and floodplains, before curving east just below Timbuktu, then flowing through Niger and Nigeria and spilling into the Gulf of Guinea. The canal was the most vibrant corner of the city, a gathering point for children, market women, and traders in dugout canoes, or pirogues, piled high with fruits and vegetables from the irrigated farms that flourished beside the Niger. It was also a place redolent with bloody history: Tuareg warriors hiding on the reed-covered bank on Christmas Day 1893 had ambushed and massacred two French military officers and eighteen African sailors as they paddled a canoe up from the Niger.