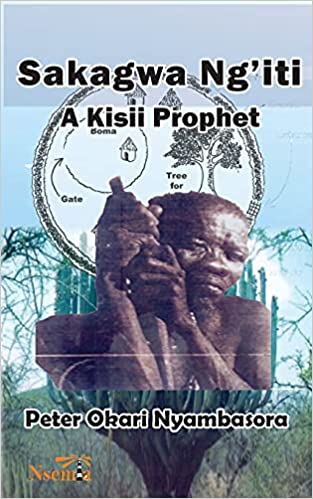 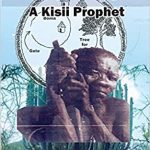 Sakagwa Ng’iti exerted substantial influence on Gusii society and beyond in the latter part of the 1800s. He was many things: a medicine man, rainmaker, an unelected community strategist in dealing with raids from the warring Maasai and Kipsigis, and a prophet whose many prophecies have come to pass, according to those that keenly follow his story.

His death was mysterious, leaving many wondering what really happened. Did he, as some accounts claim, eventually settle among the Kipsigis? Was he carried away by chisokoro (ancestors) to join them in the netherworld as happened with Jesus of Nazareth? How come that his spiritual roles (seer, medicine man, and rainmaker) that ran in the family, waned and eventually died off?

Peter Okari Nyambasora’s Sakagwa Ngi’ti, a Kisii Prophet provides some answers to these questions. It traces the emergence of Sakagwa as a prominent player in Gusii of his time, even as he had no formal power accorded by clan, tribe or lineage. Compiled from oral tales, one on one interviews with family members, and written works, the book provides the most authoritative account of Sakagwa yet written.

Be the first to review “Sakagwa Ng’iti: A Kisii Prophet” Cancel reply