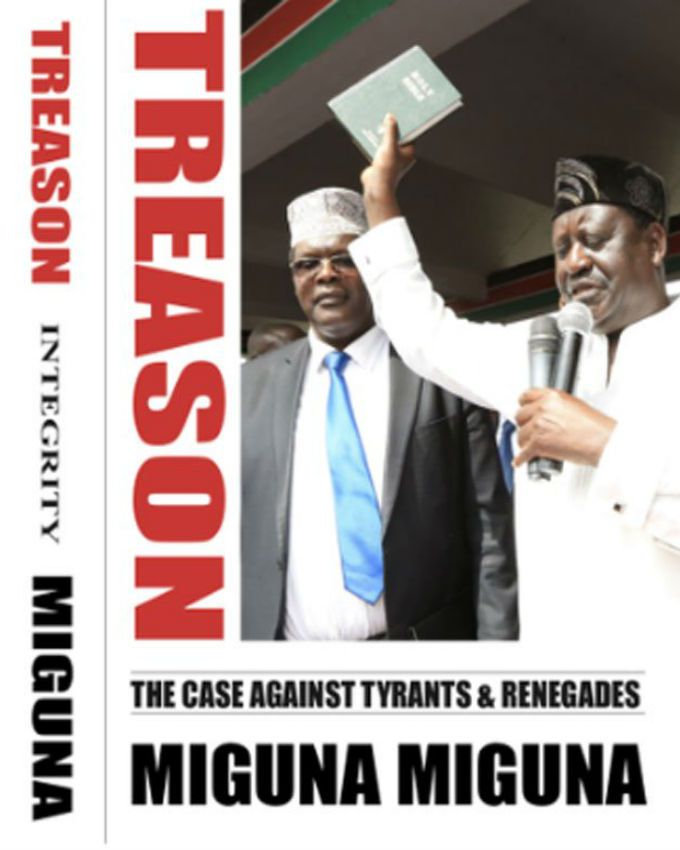 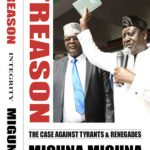 Brief summary
Treason: the case against tyrants and renegades
This is a bold, candid and beautifully written book. Miguna presents vivid details of behind the scenes discussions that preceded the swearing in ceremony of January 30, 2018. The dialogues are verbatim. They are meticulously recorded. The feelings are raw and searing.
The logic and analysis in treason are robust.
“It was sad that the cancer of betrayal was ferociously attacking our liberations movement before the ink I had used to sign the oath of office on. The people’s president had dried ….. I am relieved, however, that my experiences would not go untold. That the future generations now have a permanent record of some of the most atrocious violations of human rights in modern history that have been committed against a Kenyan born citizen by the state.
If I were to die today, history would record that my death would have been caused by the cancer of betrayal by the home guards and renegades. But I would die on my feet a happy man, with the full knowledge that the ideas, aspirations, dreams and values for which I have dedicated my life, will, never die and that in the end and no matter how long it takes, these ideals and values will ultimately triumph over evil, injustice and wrongs that have been inflicted upon me and generations of Kenyans before me,” Miguna writes, eventually, facts and the truth shall prevail over falsehoods, deception and the oppressive machinations of the neocolonial agents of imperialism. That means my commitment and hope. Its also my burning dream.

Be the first to review “Treason by Miguna Miguna” Cancel reply