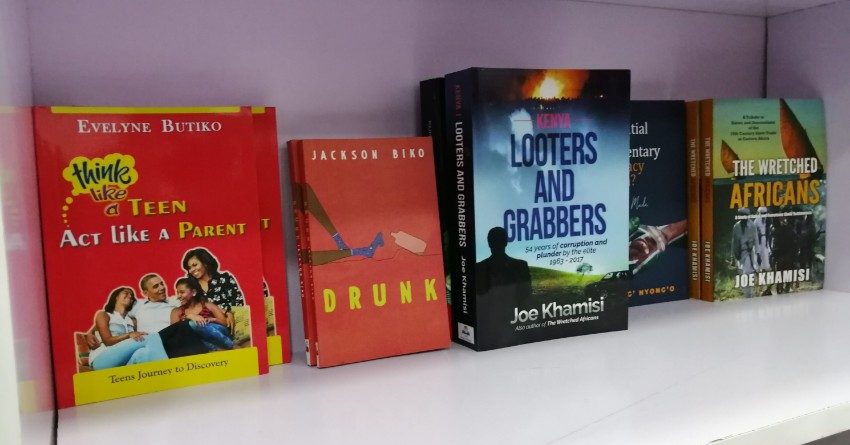 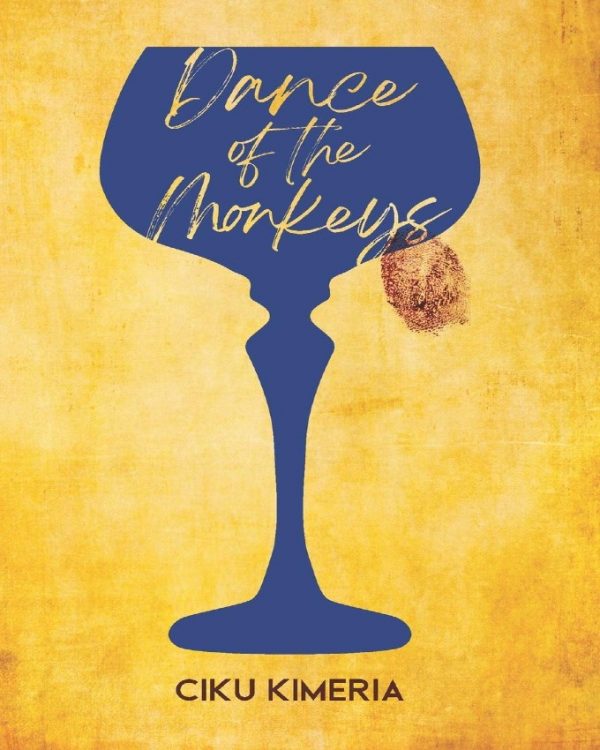 From the author of the well-acclaimed, unputdownable, Of Goats and Poisoned Oranges, comes this gripping mystery novel that will have you on the edge of your seat! A fancy Nairobi engagement party turns deadly. What is to be a special night for Mwende and her fiancé, Oti, takes an unexpected twist.

Private investigator, Wanjiru Mdaku, is in a race against time to find the culprit out to get Mwende, the daughter of the infamous local businessman, Al Capone wa County.

In trying to solve this mystery, Wanjiru Mdaku finds herself navigating treacherous waters of the Lamu drug world, county mafia, political rivalries, a well-connected megachurch and countless love triangles. Can our heroine solve this mystery before the culprit gets Mwende? 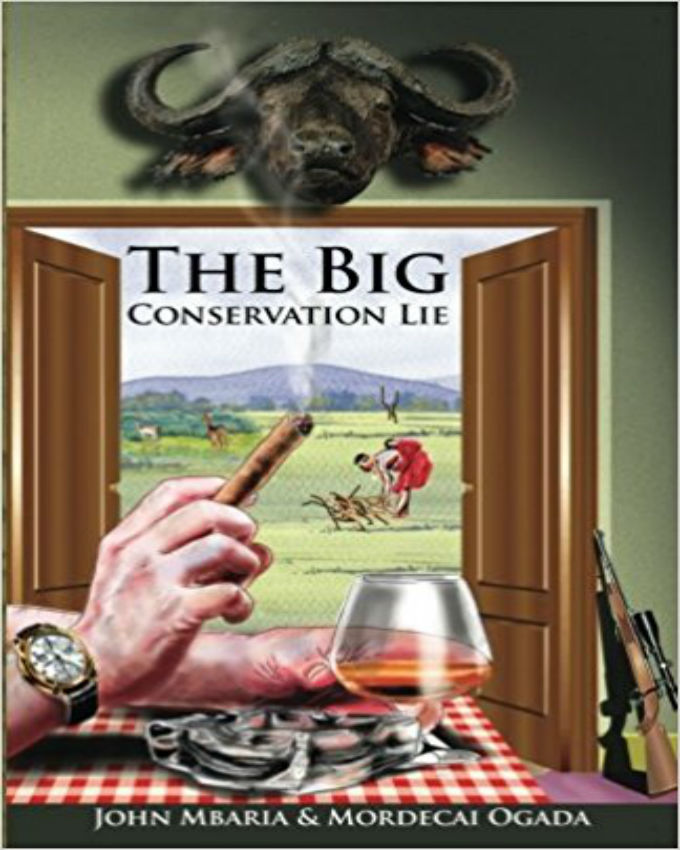 The Big Conservation Lie’ is a wakeup call focused on a field that has been ‘front and center’ of many people’s hearts and minds in recent years; the conservation of Africa’s wildlife. It is a pursuit whose power to inspire is only rivalled by its ability to blind its audience to reality.

This book takes the reader through Kenya’s conservation ‘industry’ and the players therein with all their prejudices, weaknesses and commitment to causes, many of which are indistinguishable from their personalities.
It is a call to indigenous Africans to claim their place at the table where the management of their natural resources is being discussed and invites well-meaning donors to look beyond the romantic images and detect the possible role of their money in the disenfranchisement of a people. 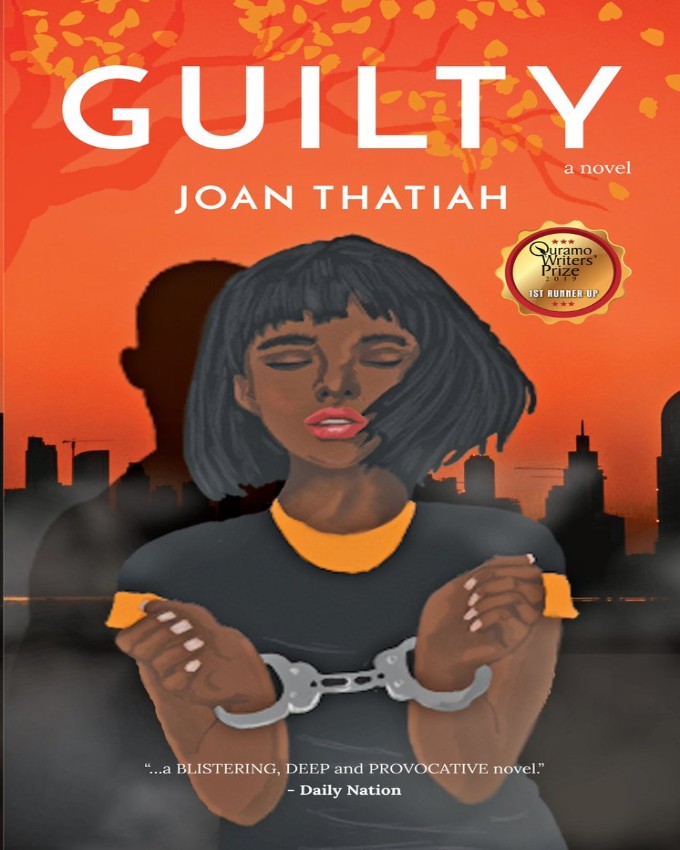 “I was calling to tell you the pregnancy test was faulty. I took another one at the clinic and it turned out negative.” “Oh, that’s great news.” His response was like a punch in her belly. “Yes, it is great news. It is late. Have a good one,” she said as hot tears pricked her eyes.

He could reject her, but she was not going to give him a chance to reject her child. After she had cried her voice hoarse, she had a cold shower and sat in candle light on her couch, her body draped in a bright red kikoy.
As smart and enlightened as she was, a man had left her holding a baby. This was something that happened to clueless teenagers. Not to women like her. But she couldn’t undo any of what had happened. All she could do now was allow herself to feel the shame. 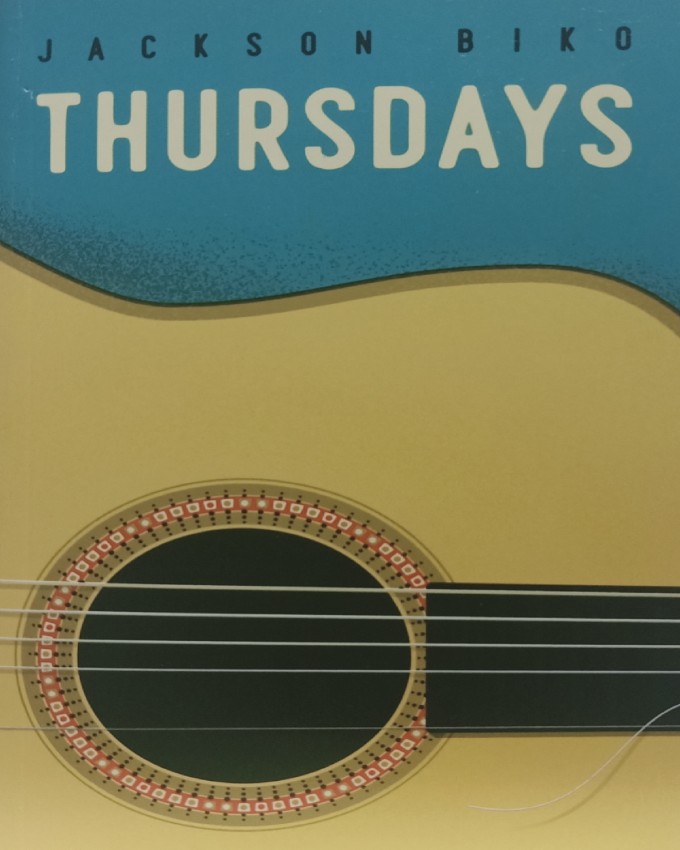 Vina Wira Band. On the drums is a guy who also writes code. The lead singer is a gifted songstress redefining what society wants her to be. The bass guitarist and vocalist hides himself under an electric personality. That moody fellow at the back is the songwriter and a pianist, born to privilige but with darkness that can’t fit in a traveling bag

Bruce Momanyi is a 41 year old man on a good run , great job , huge persk, and outwardly enviable Kenyan middle class familly. However, one fatal trip to facebook pokes holes on his illusion on a neat and well organized family; there is a ghost in his closet, and its big.

Quick, thick and fast, his life and that of his family takes unpredictable forms. For him,its love, pain and sex that punctuate his next phase of life as he ventures into an incessant search for healing and love until he finds love again in a hot 22 year old who drowns him in love.

6- When I learned how to walk and other poems by Mumbi Macharia – Ksh. 999 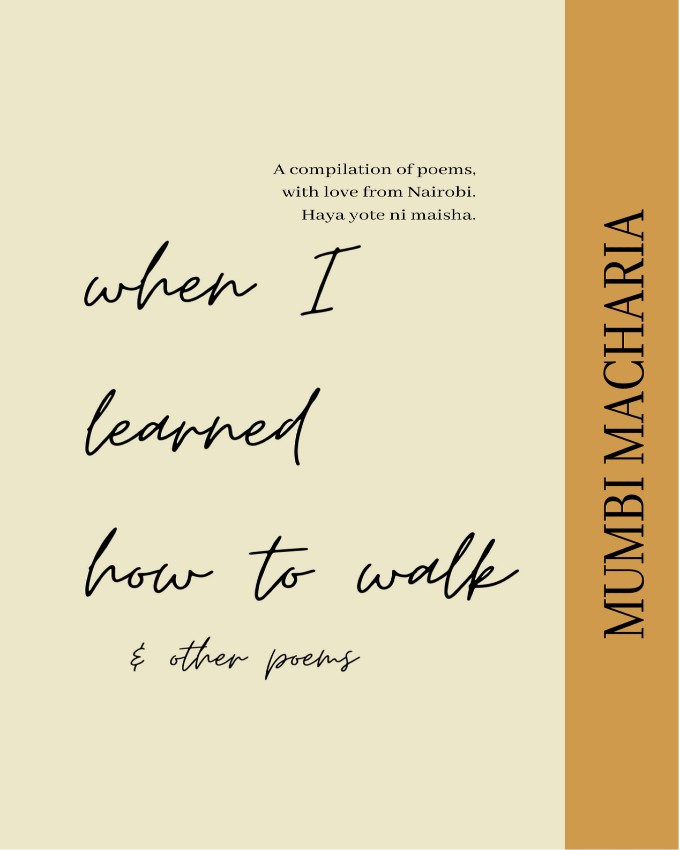 ‘When I learned how to walk & other poems’, is a compilation of 17 poems written by myself (I have been a performing spoken word poet in Nairobi for the past 5 years, and this is my debut poetry book).

The poems in this book span a wide range of topics, from African power, love, identity, mental health, and the inevitability of heartbreak.
The book is a small one, 61 pages, however, it contains poems that are meant to be re-read as many times as the reader wishes. The book is largely in English, and contains a few lines in Swahili, with one of the poems being entirely in Swahili. 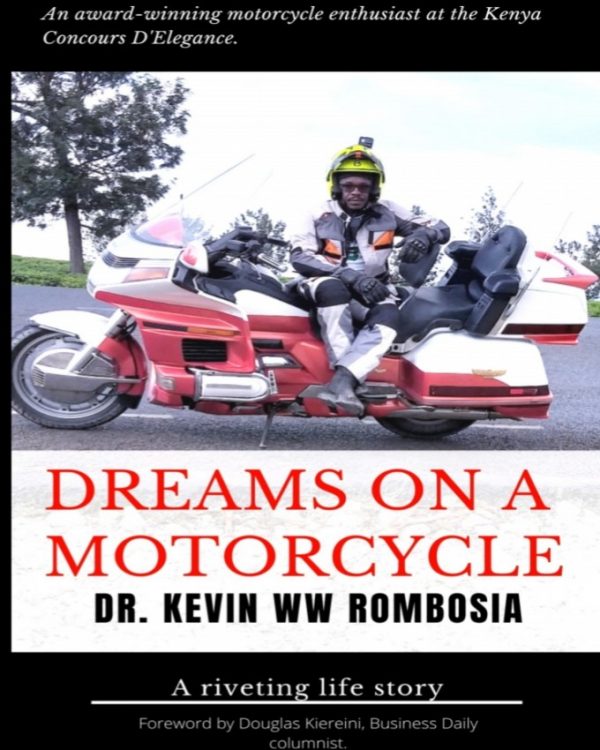 “Dreams on a motorcycle”, travels the reader through a journey of resilience in different seasons of life. With honest and lucid articulation, he describes his life’s journey and parallels this with how motorcycling has throttled him on in this sojourn.

His story is a classic example of applying fortitude and resilience when faced by the different road conditions that assail us in life. 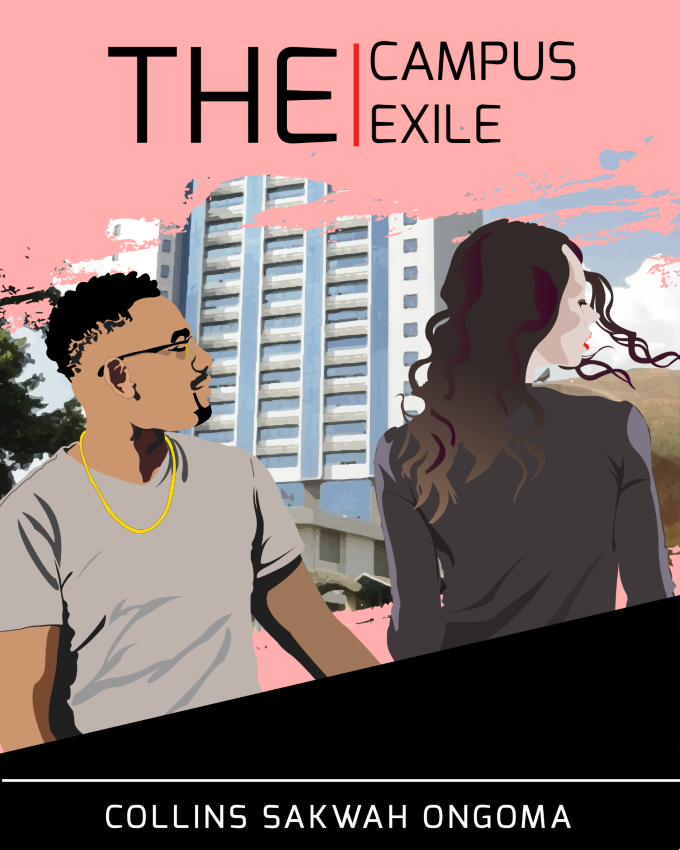 Life in a Kenyan University is a far cry from the fantasy that lodges in the minds of high-schoolers or the regular lecture hall – hostel routine that parents imagine. It is a real boot camp and can be worse than the dreaded military drills. Danger, despair, euphoria, and sometimes death, all lurk within the walls of the campus. Life’s toughest lessons are not taught in lecturer halls, laboratories, and libraries as parents think, but within university corridors, between the decks of the iron-squeaky-beds in hostels and the streets when the students seek the night city bliss.

Life’s greatest lessons are learned during weekends when drugs, alcohol, and sex are freely available and house parties are ticketless. A first-year student embarked on a dangerous mission to expose a ‘career student’ working with a prominent Nairobi drug lord to sell drugs to the comrades.

When Alvin threatened Otiato that he was going to report him to the police for selling drugs to students, selling rooms to non-students, and killing any student that stood on his way, he did not anticipate the horror that he encountered.

Enjoying protection from the police and the school administration, Otiato found immense joy in torturing Alvin with the help of his brutal goons.

However, without relenting in his mission, Alvin’s quest to liberate the comrades from the oppressive University administration, greedy student leaders, and peddlers like Otiato was amplified after the comrades implore him earnestly to lead them into the streets to fight for their rights. Drawn in a fictitious setting around The University of Nairobi, The Campus Exile; book one of The Campus Exile Trilogy spares nothing while taking the reader inside the world of drug addiction, drug peddling, sex, prostitution, crime and the illegal art of making money to survive within the campus which in most cases is ravaged by brokenness and destitute. 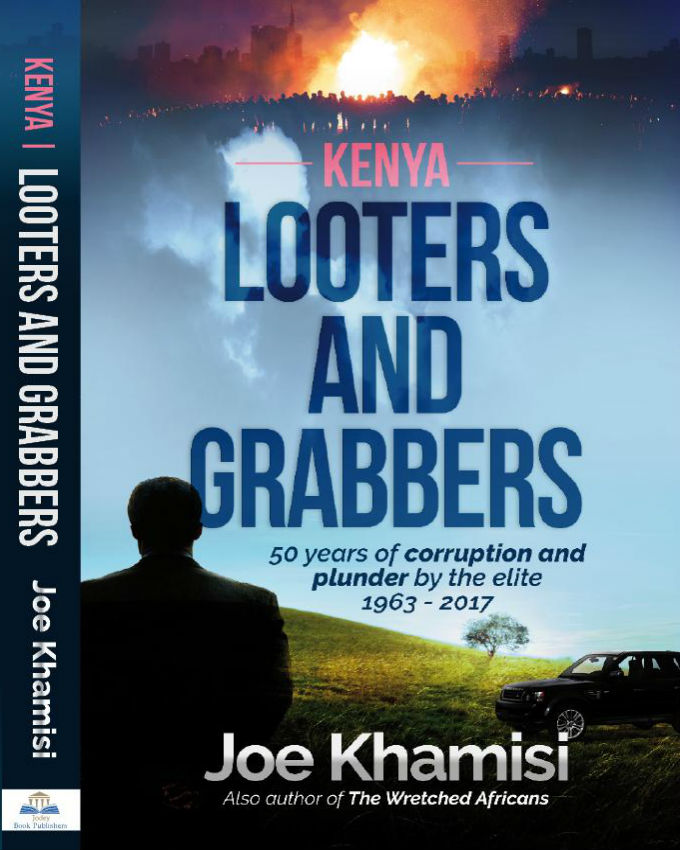 This book is about unbridled corruption, bribery and scandalous financial skullduggery in one of Africa’s most promising countries, Kenya.

It is a narrative of money-laundering, mega scandals, and international wheeler-dealing, and describes how Mafia-like lobbyists have been devouring the country’s resources with blatant impunity over four regimes since independence in 1963.

It is an important resource for historians, students, researchers, social and political scientists, non-governmental organizations, development and anti-corruption agencies. 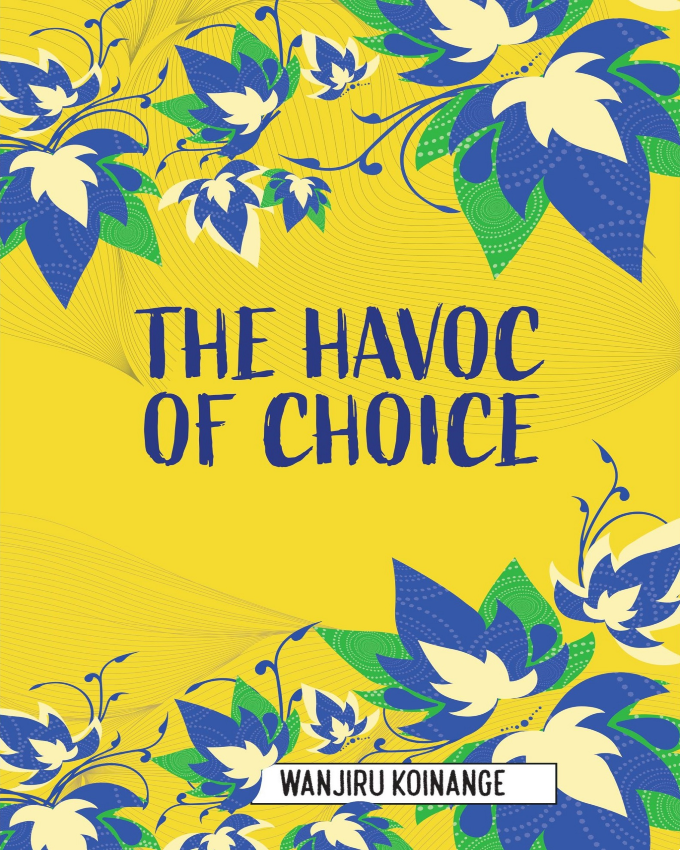 Long held captive by her father’s shadow of corruption, Kavata has spent her life suffocated by political machinations. When her husband decides to run in the next election, these shadows threaten to consume her home. Unable to bear this darkness, Kavata plots to escape.

As her family falls apart, so too does her country. In the wake of Kenya‘s post-election turmoil, Kavata and her family must find their way back to each other across a landscape of nation-wide confusion, desperation, and heart-rending loss.

Koinange explores the long reach and effects of colonization and corruption within the context of a singular household and the disparate experiences of class and clan they encapsulate.
“The Havoc of Choice is a delicate and deeply personal attempt to understand the root of this spontaneous yet organized conflict and to figure out what healing looks like for the people of Kenya” – Champaca Bookstore Library & Cafe 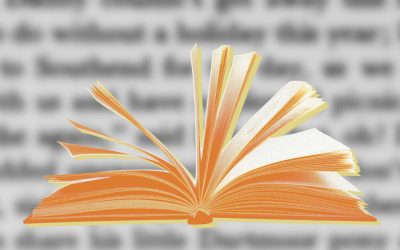 Top Books Every CEO Must Read 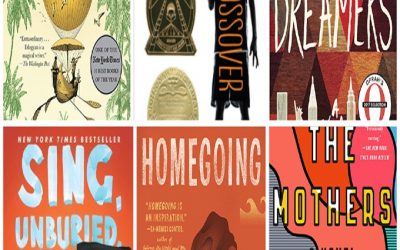 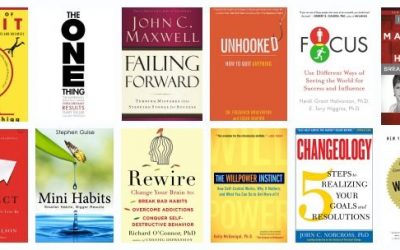 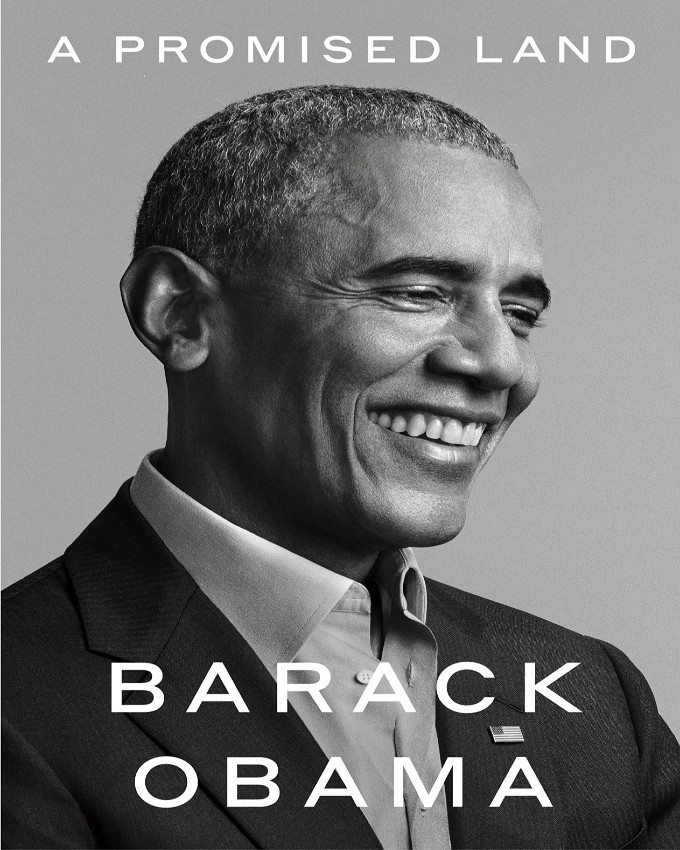 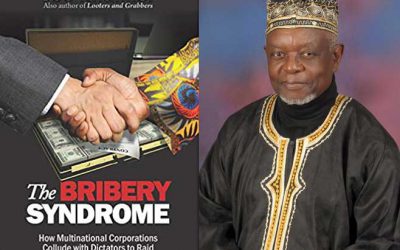